Ahhh yeah - back to the tour with an emphasis on the garden.  The Monnich Garden was lovely from the front yard.  It's amazing to me how you can just tell driving up to a house if the yard is going to be awesome or if it's only going to be so-so. But then, one of the other garden bloggers once commented that you can always find the house on the street where we're meeting up for our monthly get together just based on the yard alone.


The artist at this garden was Stuart Wallace - his artwork tends to be more contemporary - I really liked the Captain Picard Face Palm piece and the one below. 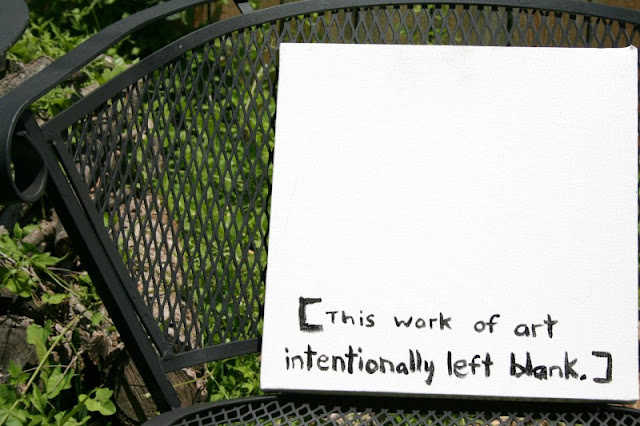 Councilmember Gregorio Casar was chillaxing at the garden and I kept looking at him thinking, "Man, that guy really looks a lot like Casar.  I mean, it totally isn't him, but they could really be brothers.  I should tell him that he looks like Councilmember Casar; but then he'd think I'm really weird because who the hell knows what the City council members look like?"  In the long run I didn't talk to him only to find out from his twitter account later that is WAS him.  Sigh.  Totally should have gone out of my comfort zone on that one. 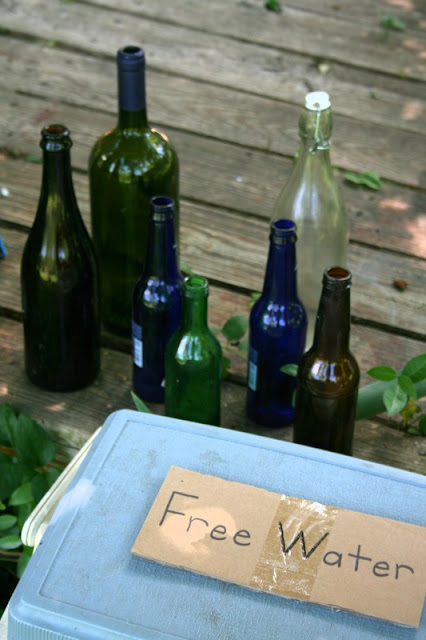 Posted by katina at 8:35 PM No comments:

The Fulk garden was a themed container garden - the themes included Mojito and Spaghetti sauce (shown below) there was also a Salsa container as well.  This is a super cute idea and I've told my sister (who just started her own container herb gardens) that she might want to try this next year.  She lives in Colorado, so a lot of her herbs will need to be replanted as opposed to down here where most are perennial.

The main draw of this garden, though, was the artwork of Janet Fulk and Charlotte Barbini.


The Ortega Garden is in its infancy, and the main draw here was the photography of John Raymond and the garden artwork of Linda Messier.


On my 8th stop of the garden tour, I ended up walking around the YMCA (because apparently I am blind as to where the garden was), but it's okay because they recently finished landscaping the area and it was a very lovely short walk along the Walnut Creek Hike and Bike Trail.

The coolest thing about the Gus Garcia garden was that it included garden tables so the elderly folks didn't have to bend over to garden.  The tables were very sturdy, and they also had actual garden plots for those who wanted to get down on hands and knees to garden.  Unlike the community gardens in some other parts of town, this one had plots that were open and not currently being used.  They also have a huge rain barrel cistern which collects the rain from the YMCA roof - it is gravity fed underground and fills the cistern (like a giant manometer tube - or the newly constructed Waller Creek Tunnel if Waterloo park was the YMCA gutters and the cistern was the outlet)

The Slattery garden was the only one (I think) where the artists on hand lived at the residence, and the yard was just as artfully done as the artwork itself - in most cases the yards seemed very heavy on art, or heavy on gardening, but very few covered both equally - the Slattery house was one where they were equal.

Patrick and Joshua's artwork can be seen on his website here: PSArtworks

He also had featured some of his mother's artwork, which you can see here: Pattie C.S. Burke

Third up was the Guillot Garden.  Ms. Guillot is elderly and she's made gardening tables to make it easier for her to garden (there's no bending over).  Her tables are homemade from picnic tables and a kiddie pools covered in weed barrier cloth.

Ms. G had Ethan Ham Photography as her garden artist and he was selling his photos on her back porch.  I was really taken with them and purchased one he took in Italy of a folding bike leaning against a doorway for my art wall. Shawn was very blase' about the whole thing, but I've also found that it's the piece of art that he looks at the most on our wall.

The main draw of the Wood garden seemed to be the secondary structure.  But she did have the most amazing hydrangeas.  Hydrangeas, in case you didn't know have flowers which are affected by the acidity in soil - the more acidic the soil, the bluer the blooms.  In Austin, it becomes much easier to grow the pink blooms because of our naturally calciferous soils.  Of course, I assume that it's easier to grow the blue ones in Houston because the soil is more acidic (think of it this way - places where roses grow well grow pink hydrangeas and places with azaleas grow blue hydrangeas). 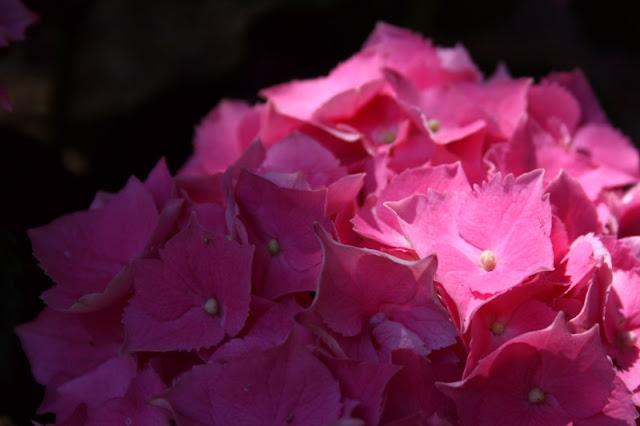 The Glass garden is the only one that was also on the tour last year to so I didn't take many photos of the yard and instead took more of the garden art that was available for sale from Garden Charms by Stephanie Frogge and her Etsy shop, Garden Charms.

In early May, the North by North Austin (NxNA) garden tour had its second annual tour.  The NxNA garden tour has a ton of gardens so you have to move fast if you want to see every garden, or you have to make some calls on which gardens to visit.  The tour generally covers from Mopac to IH35 from Koenig to Wells Branch.  Last year I think there were 19 gardens and this year there were 24.  Again, the price was only $10.  $10!

Last year I'm not sure if there was a theme, but most of the gardens were water wise - this year the theme was Art in the Garden though it wasn't so much about garden art (like I had assumed) and more like Art and Gardens as almost every garden had an artist in attendance with their artwork for sale.

Every year, the tour starts at 3 gardens where you buy your ticket and pick up a map of the location of the other gardens and then you're on your way.

I'm trying to get out of my comfort zone and actually talk to the owners at the gardens, and I think I did a pretty good job; of course, now that it's a month after the fact, I don't really remember what we talked about or who was who.  Maybe next year I will take a little notebook so I can keep things straight. Though to be fair, it's not like I really planned on waiting a month between the tour and blogging about it, but there you go.

Anyhow, without further ado, here are the photos from the first garden I visited, the Adelphi Acre Community Garden.

You can read about my previous NxNA garden tours here
Posted by katina at 6:37 PM 2 comments: