Temperature and Rain Graphics for 2014 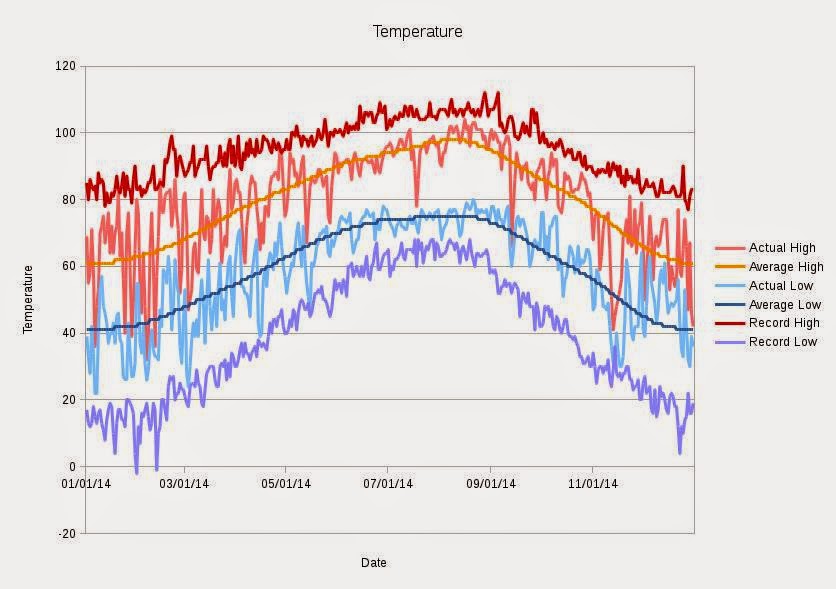 Some big spikes in the early part of the year, and a few cold fronts in the later half which mean that some of our highs for the day was below the average coldest temperature for that day.  There were a few record highs, but nothing too terribly bad, I don't think we made any record new lows. 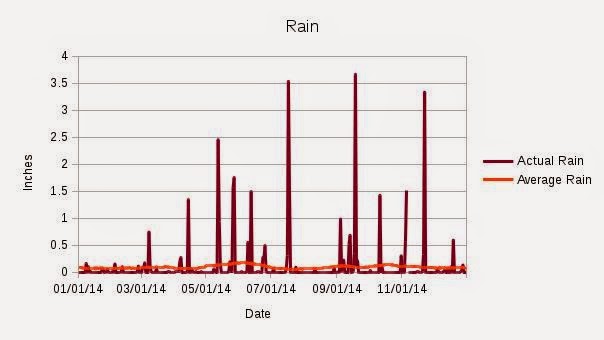 It shouldn't be surprising to anyone that the "average rain" is a shallow flat line since averages are calculated by taking an amount and dividing it over a number of days.  What we really care about is seeing WHEN we got the spikes (normally we would expect the spikes to be centered around March - May, and again in the late fall).  The average total amount of rainfall for Austin is 34.31", we received 35.67" in 2014.  It was really the storm in July that bumped us into the range of the average year, and the one in November bumped us into the positive (we were woefully behind average until about mid-June).