For one weekend in December, the Ladybird Johnson Wildflower Center does their annual Luminations display.  This year is was over the 13th/14th.  Pam at Digging also attended (albeit earlier in the evening than I did). 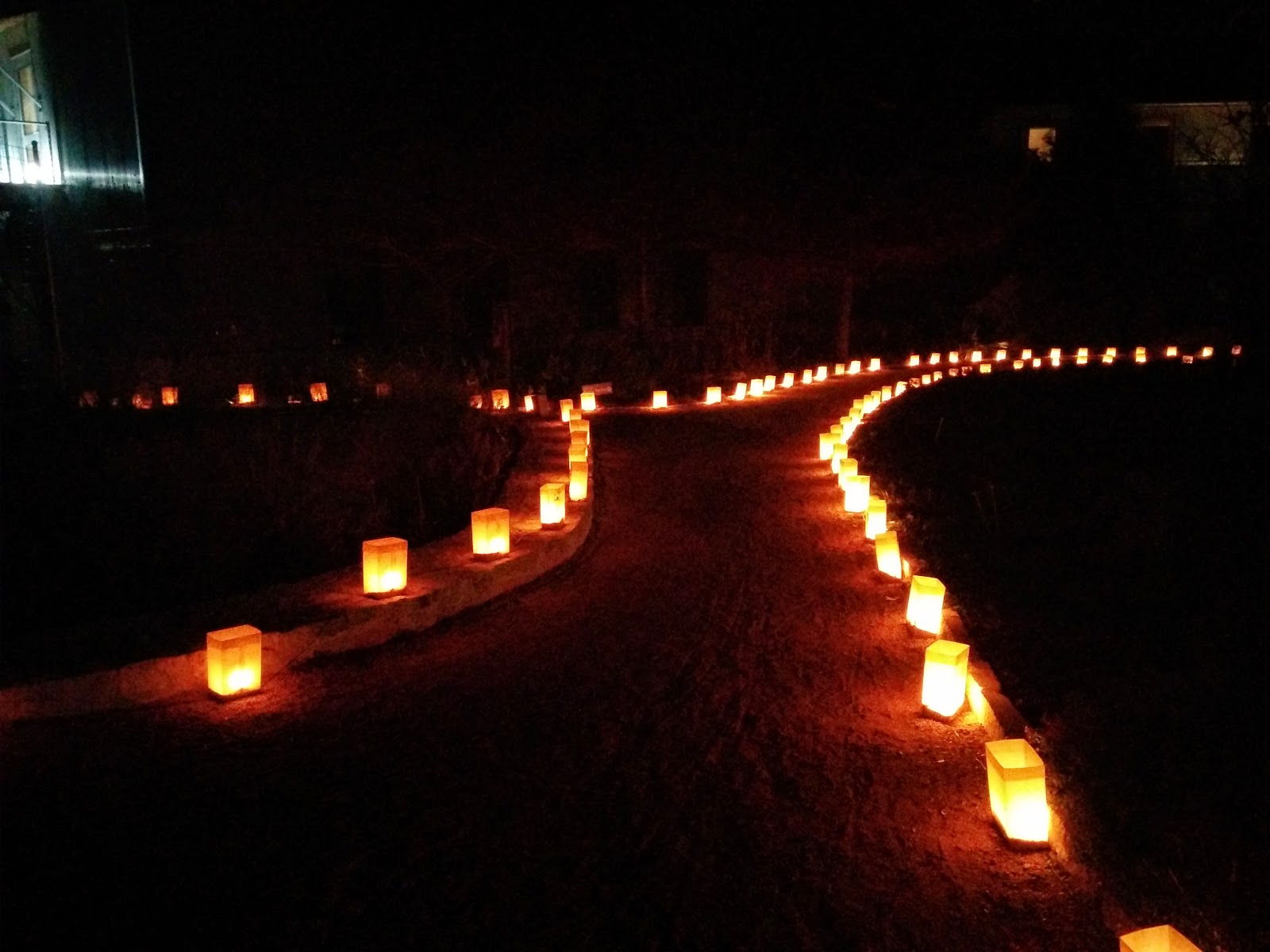 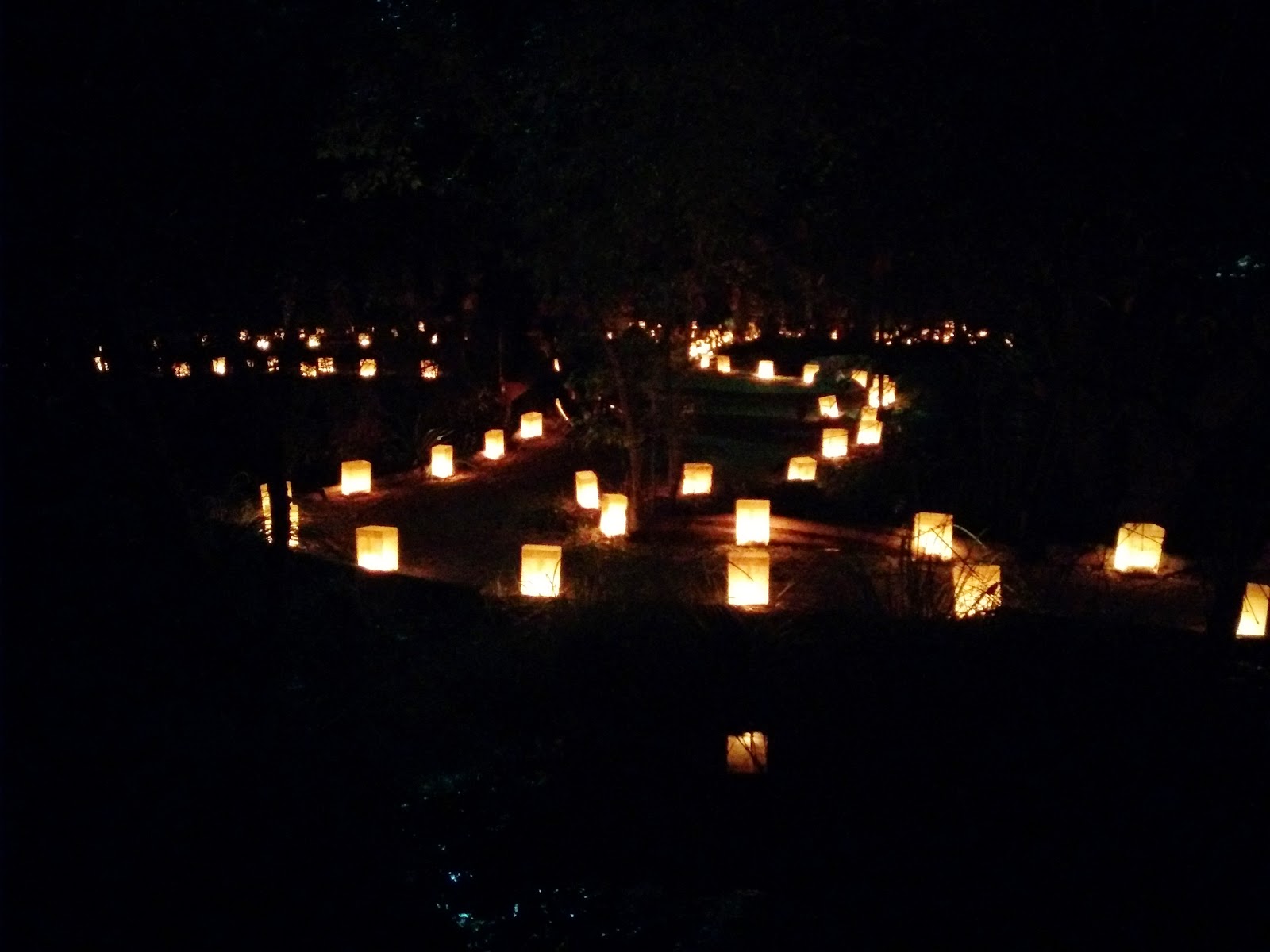 This year, the Family Garden was included in the celebration.  It was also the first time that I had been there since the Family garden opened and I'm a little disappointed we didn't get to see it during the day. 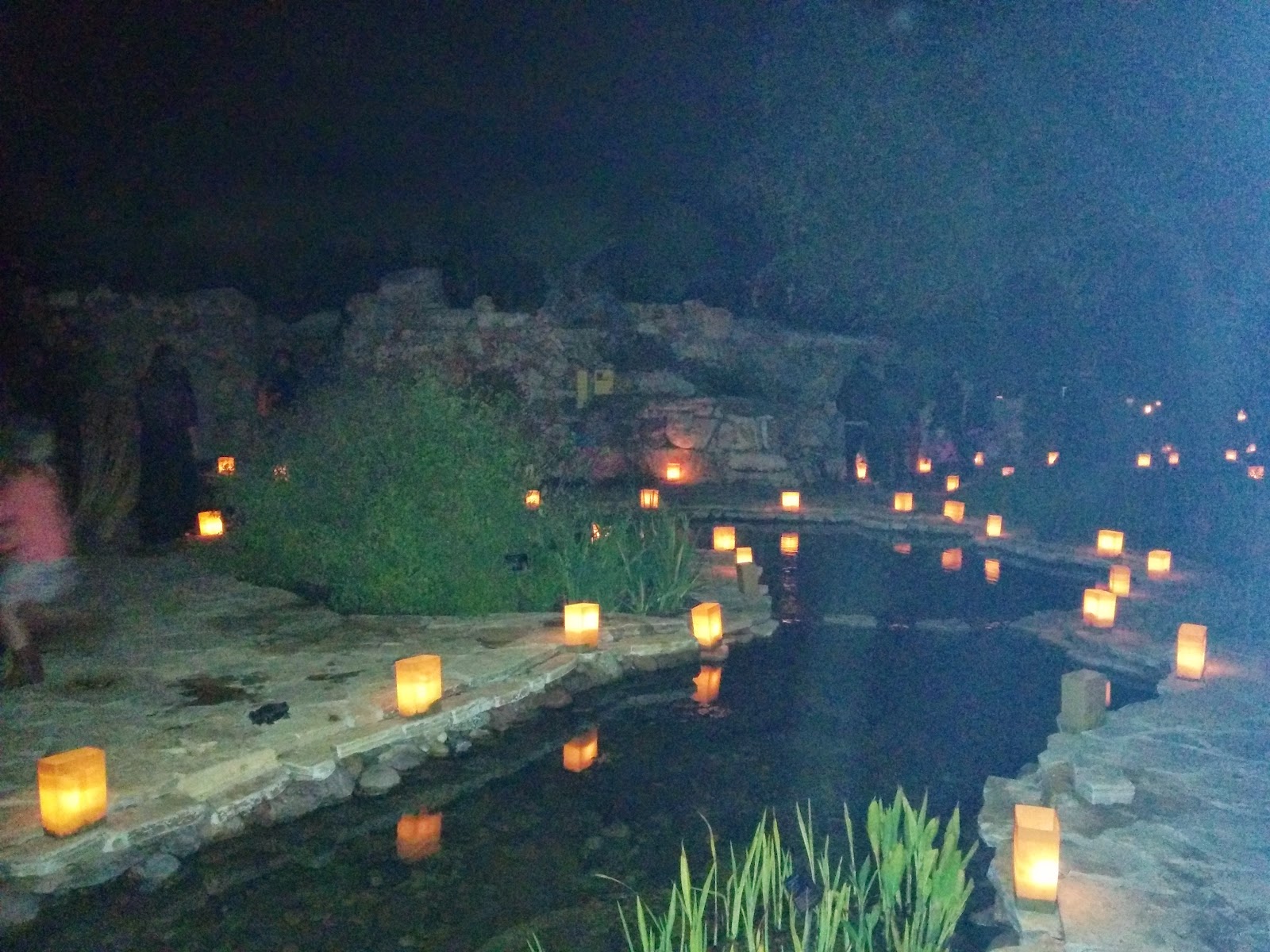 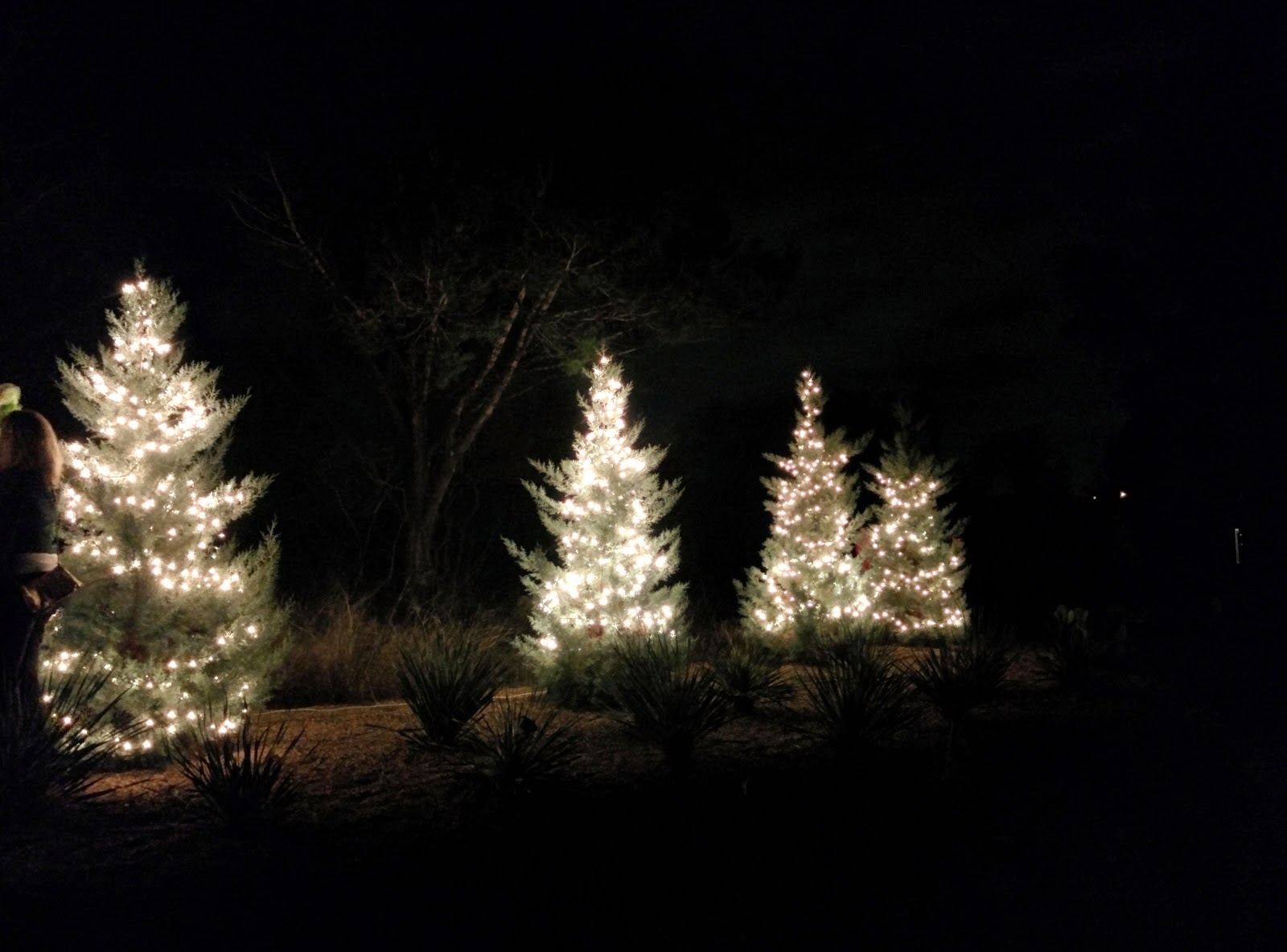 The husband even pointed out how weird it is that we usually only go to the Wildflower Center for their annual "walk around in the dark when you can't see the gardens" event.  Next year I suppose we should try to go when they first open (6pm) instead of waiting until 8pm like we usually do (the event goes until 9pm). 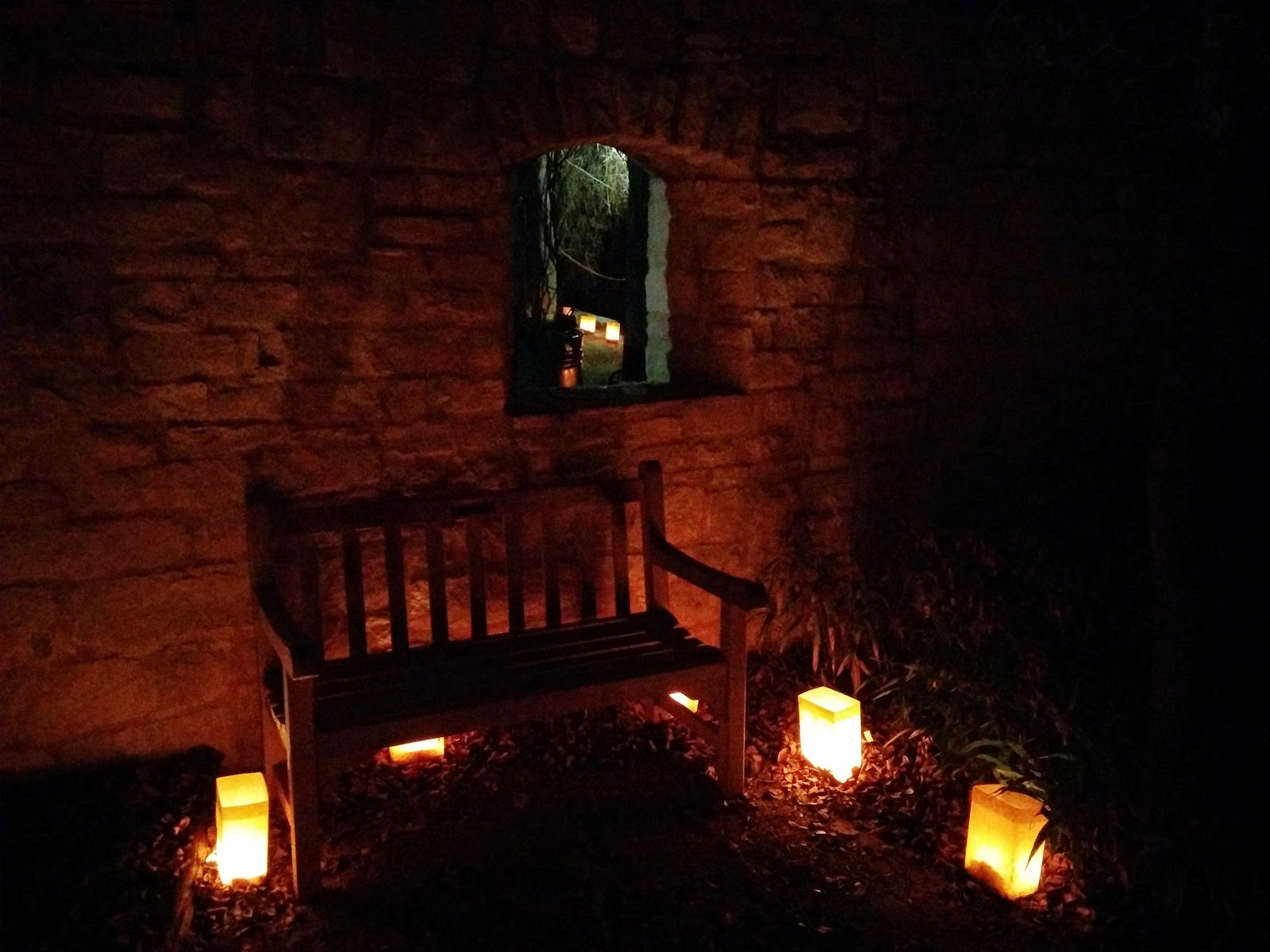 We usually go up to the top of the rain collection tower and take some photos at the end of the night.  This year, sadly, it was closed so I had to content myself by taking artsy photos of the railing going up the tower. 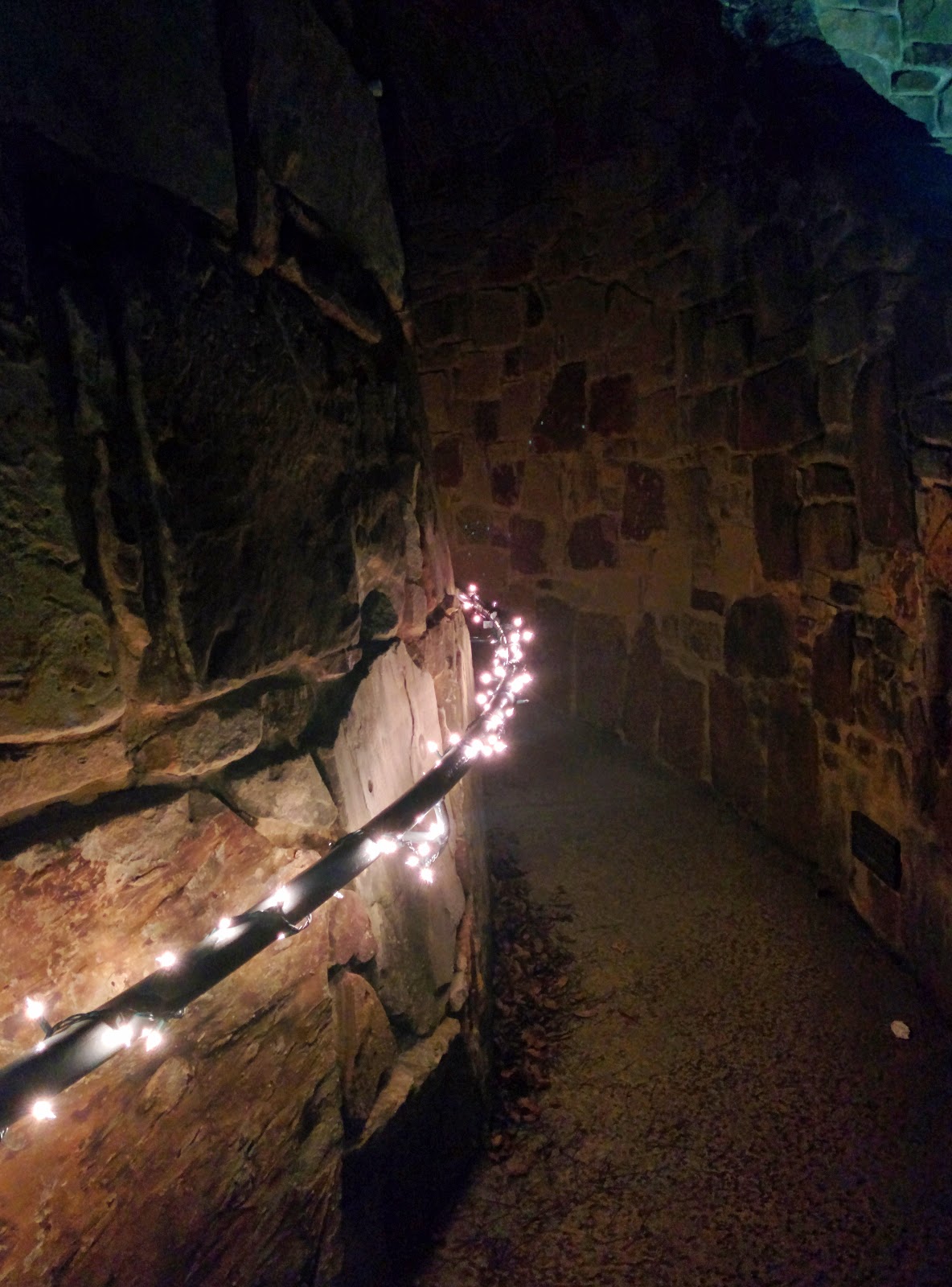 And of course, you always have to take a close up photo of the luminarias 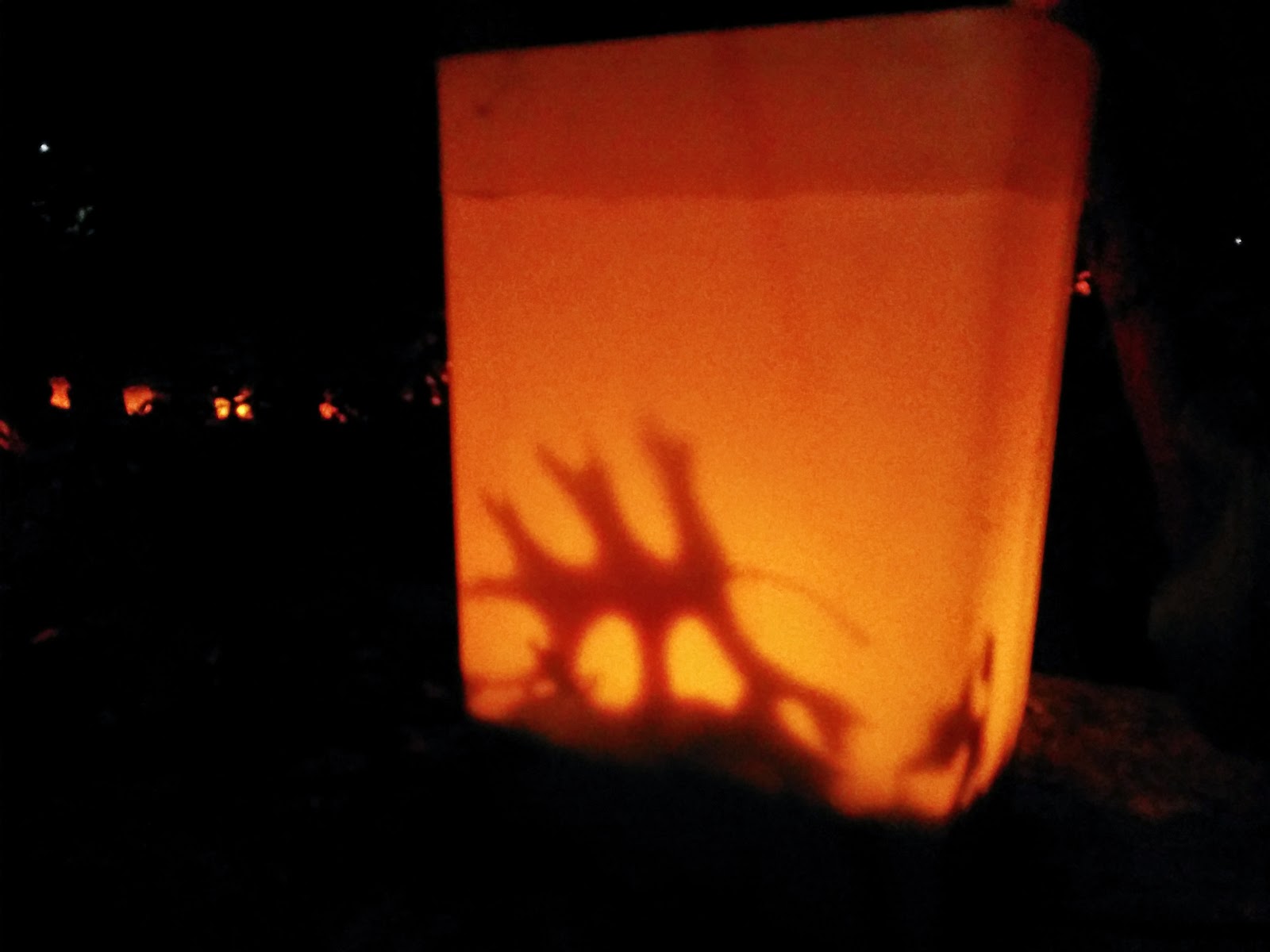 The Center has children's crafts in their big exhibition hall 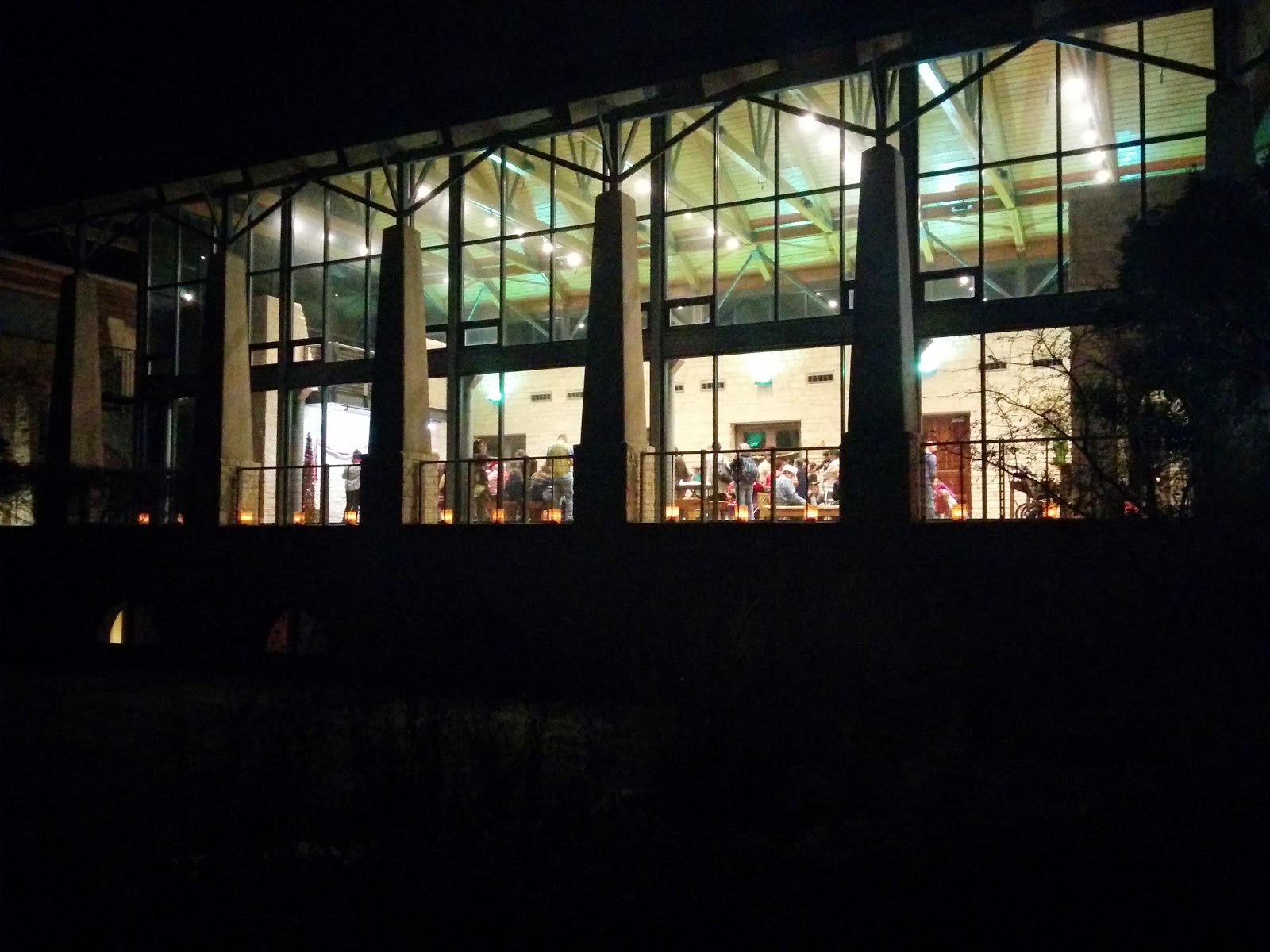 And there's always music, kettlecorn, and hot chocolate in the main square 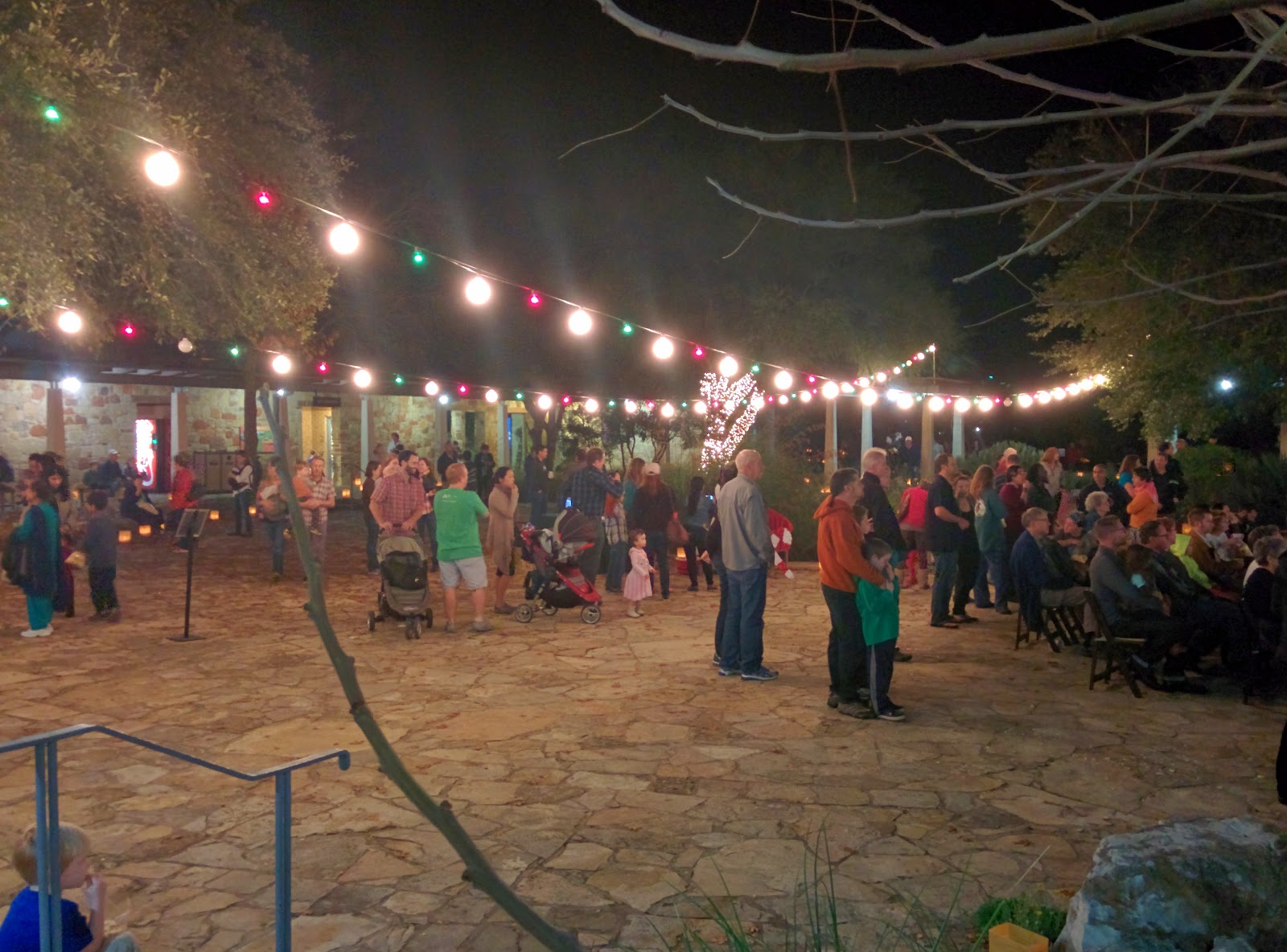 Within the last couple of years, they've switched from using strings of lights wrapped around their giant oak at the entrance to using "Fairy Lights" from a projection system, which is honestly even more impressive (though the photo doesn't do it justice). 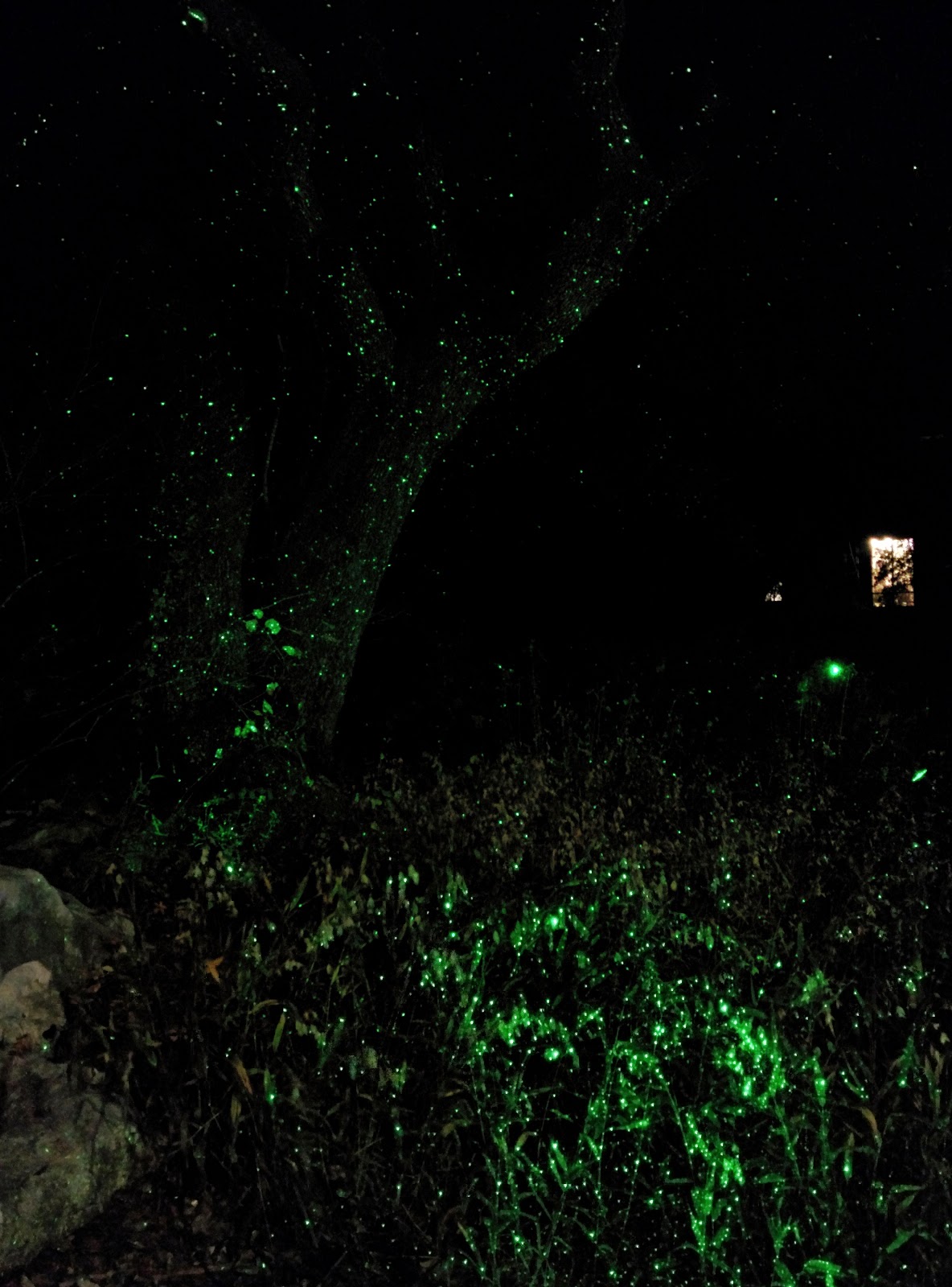 The Luminations display usually happens about 2 weekends before Christmas, and the fee to get in is 2 cans of food to be donated to the Capital Area Food Bank per person.  The crafts are free, but there's usually a charge for any of the food items.  And while all of these photos were taken with my cell phone, I highly recommend taking your regular digital camera, if you have one.

As per usual - I took the photos, I just didn't post them in a timely manner.  Thanks to Heather at Xericstyle for hosting the monthly wide-angle post. 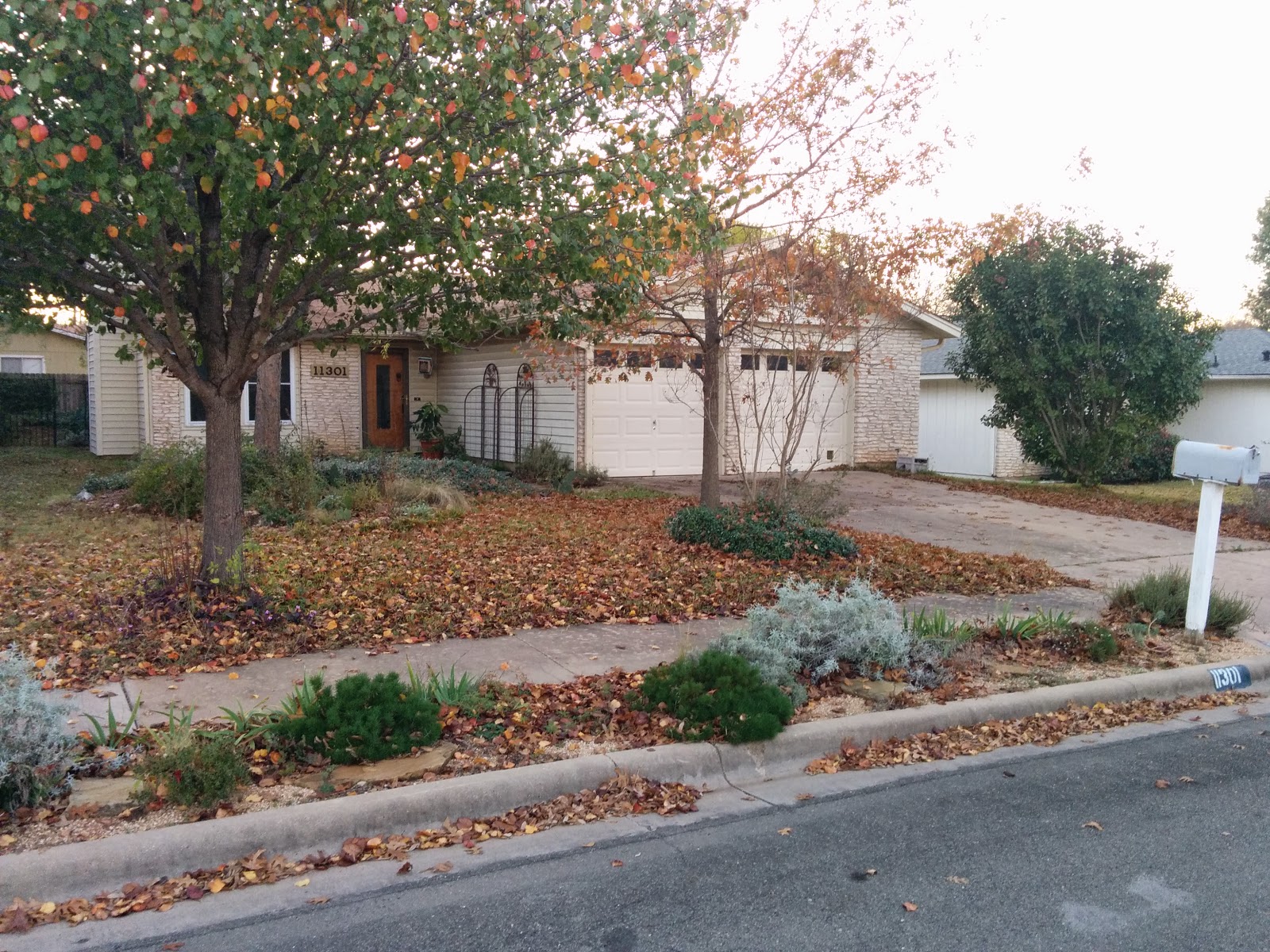 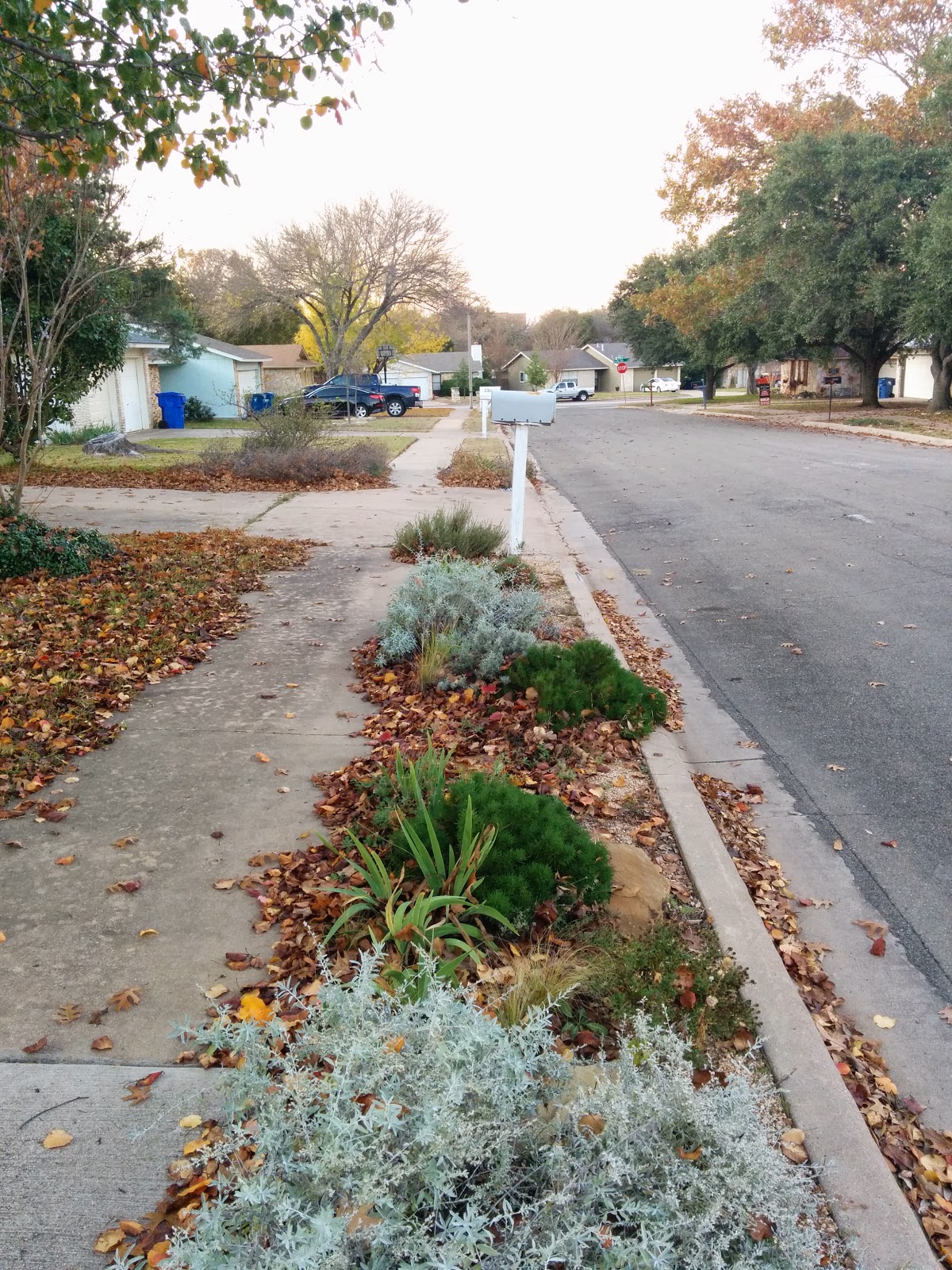 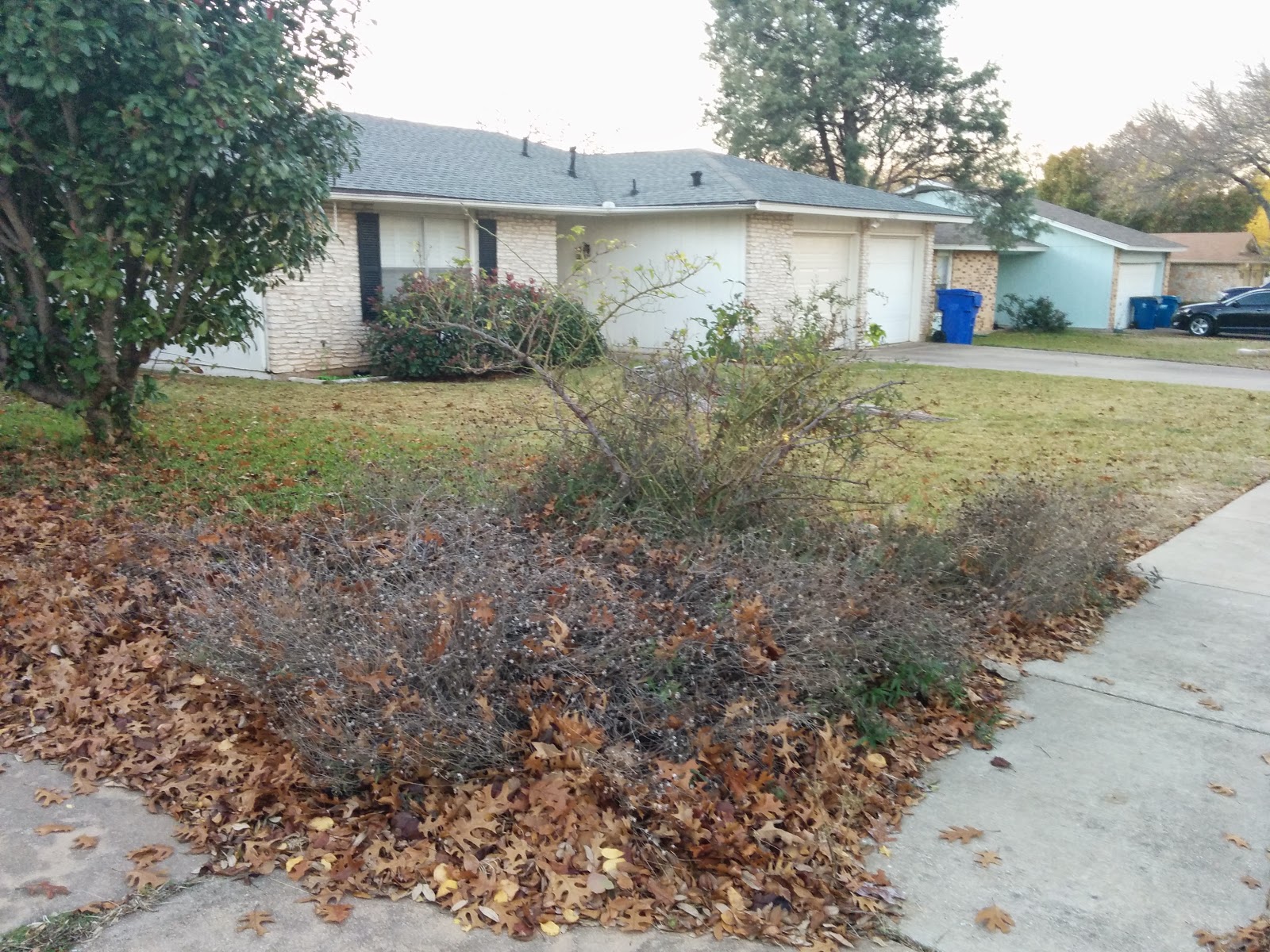 Closer view of the front: 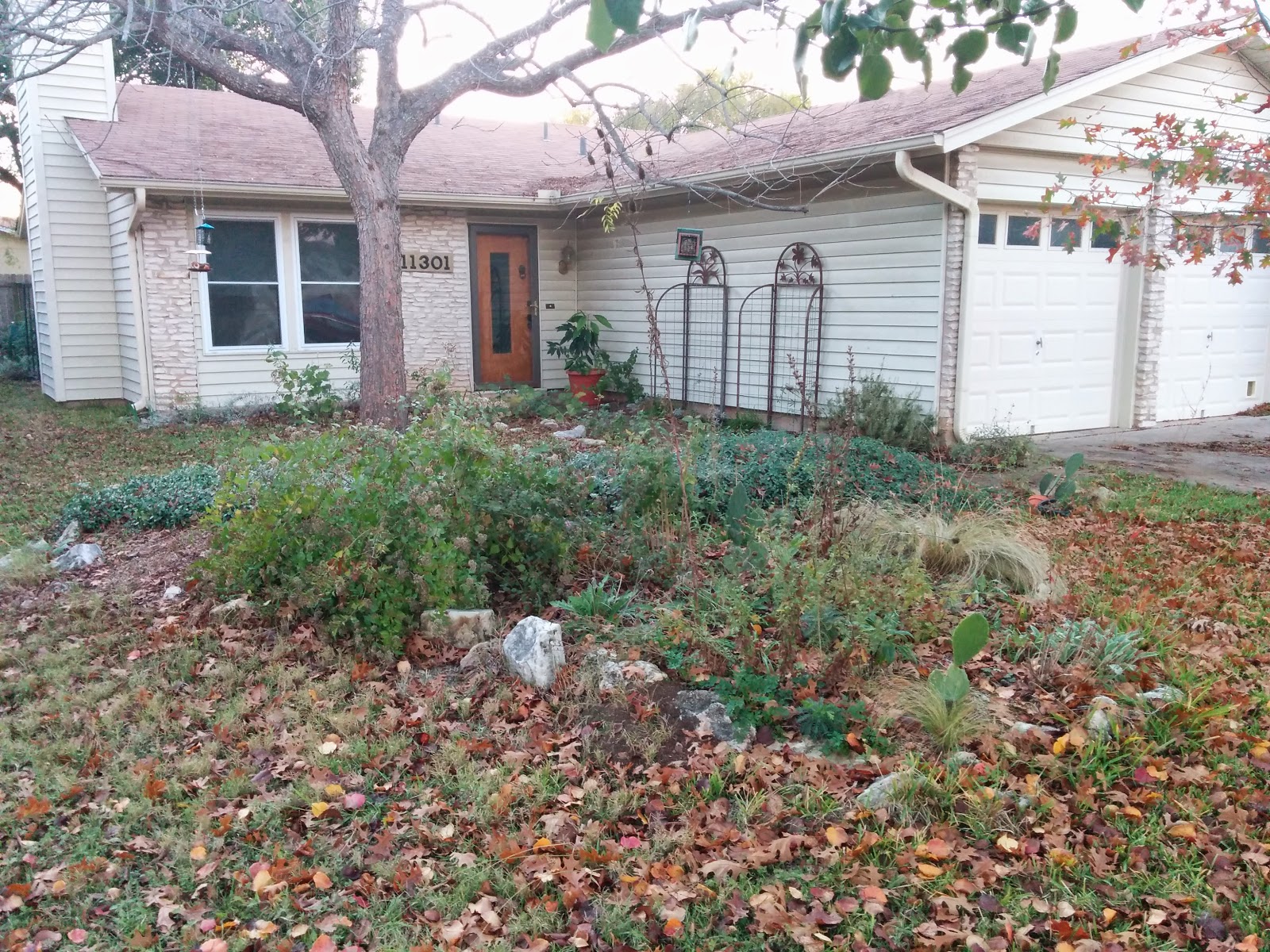 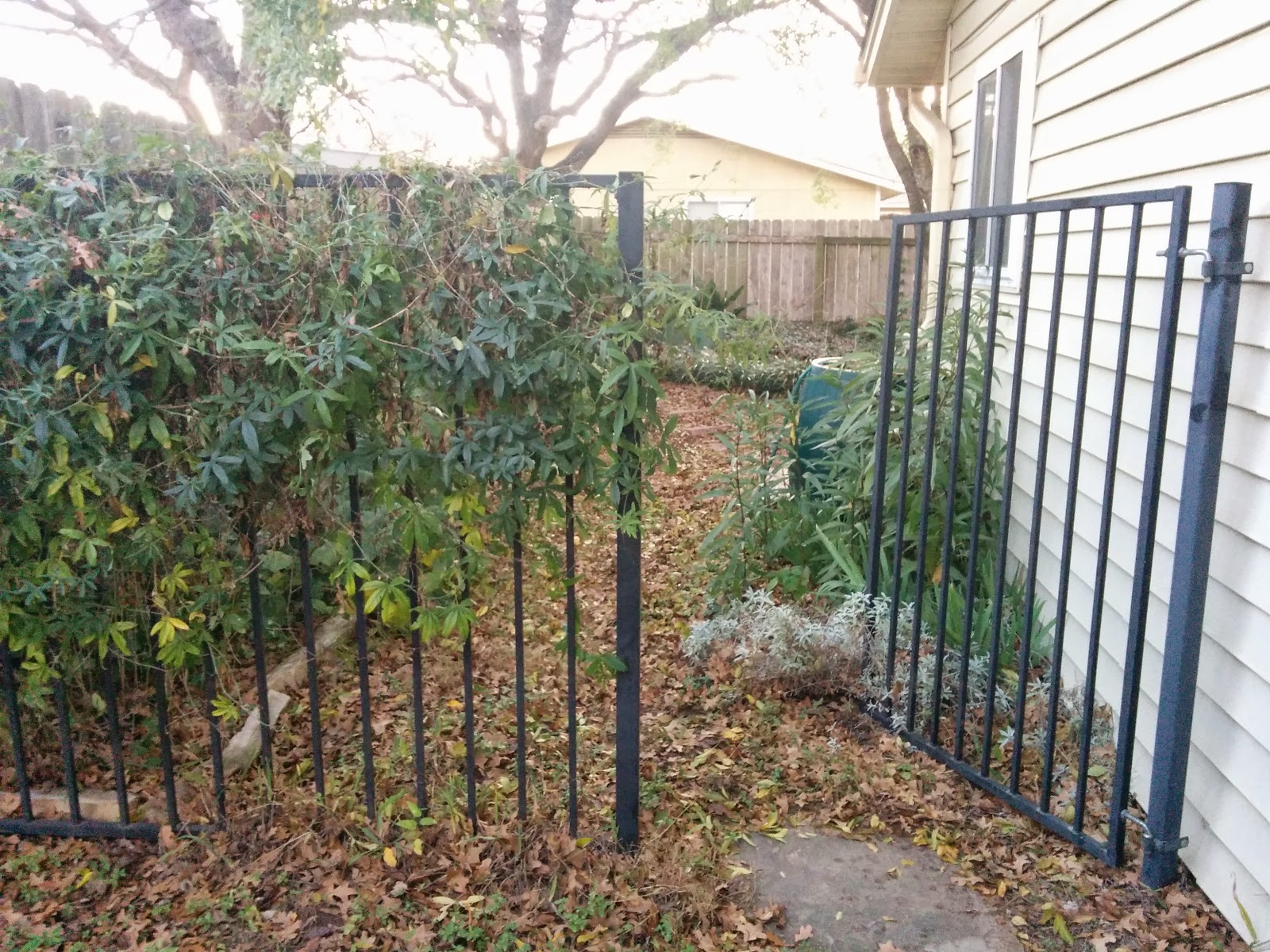 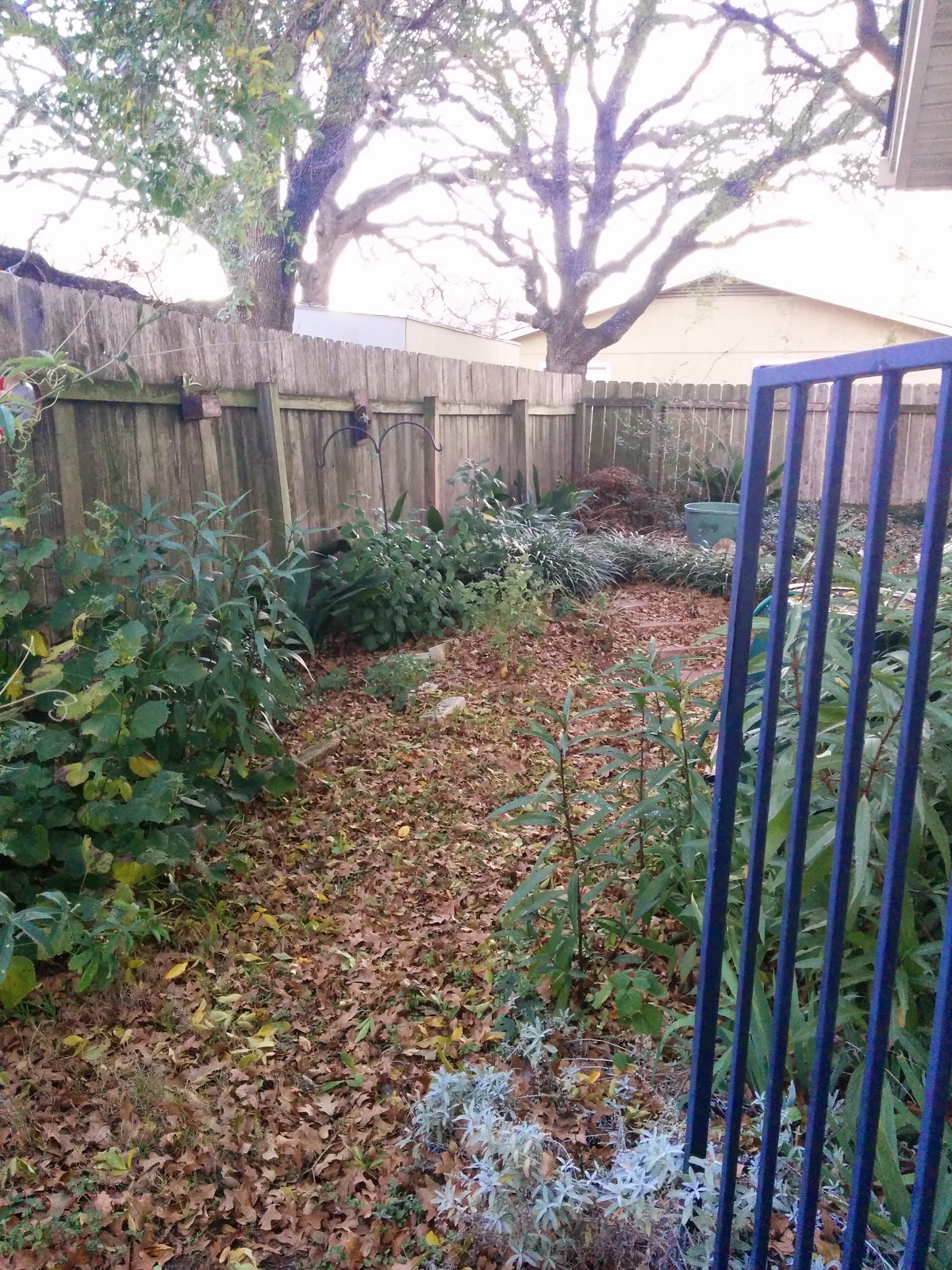 Panoramic from the edge of the deck:

From essentially the back door: 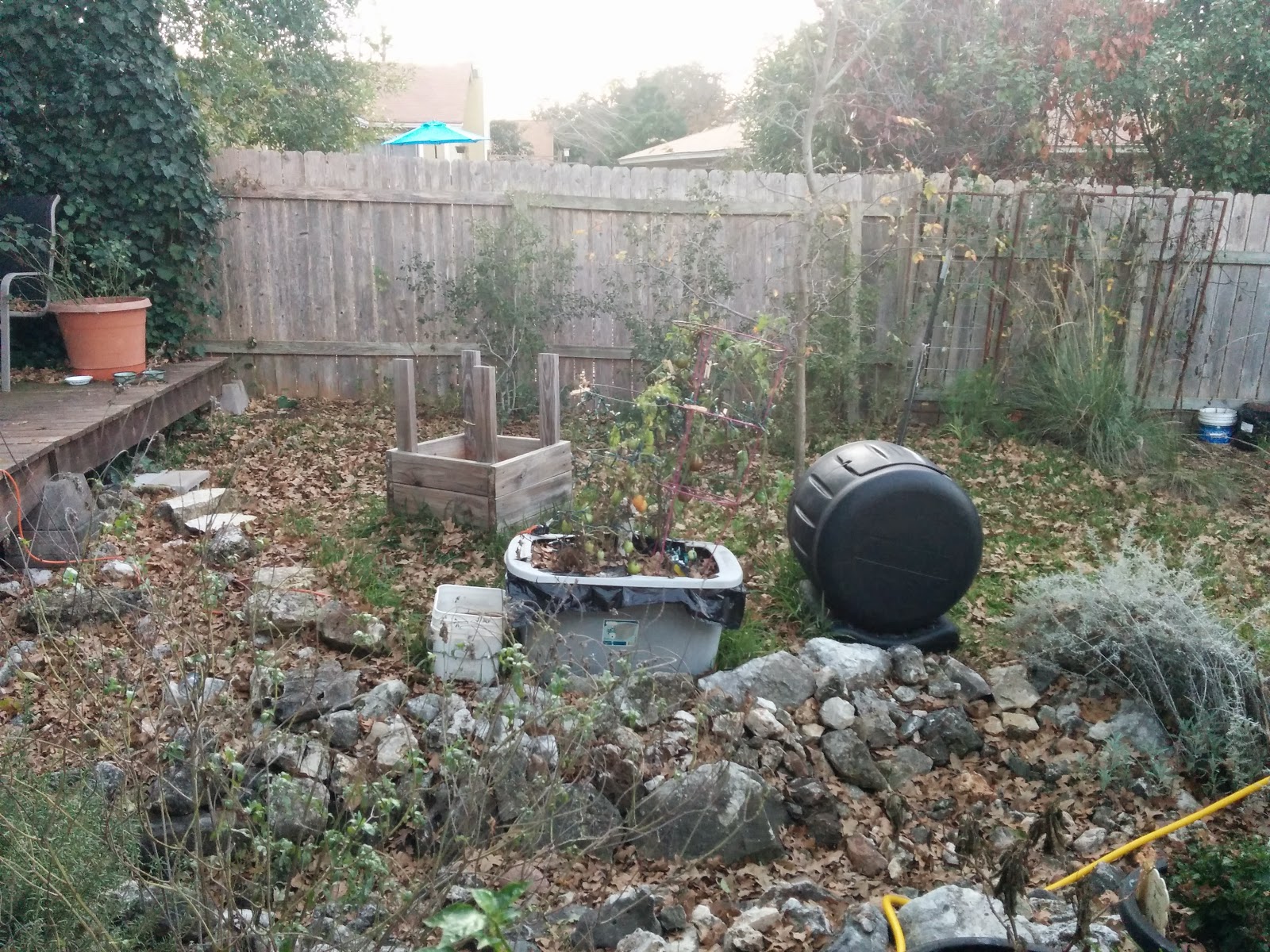 From the other side of the deck: 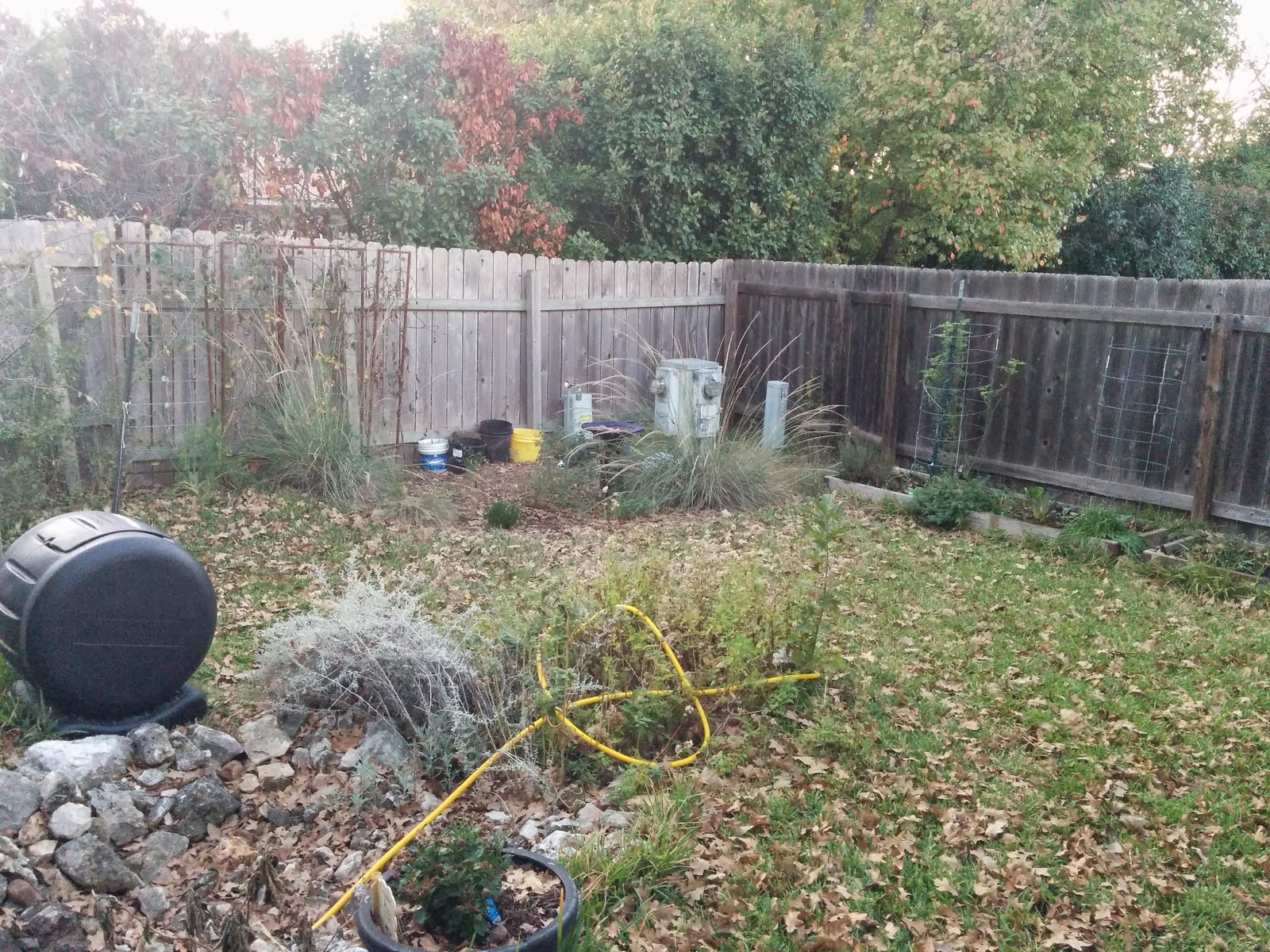 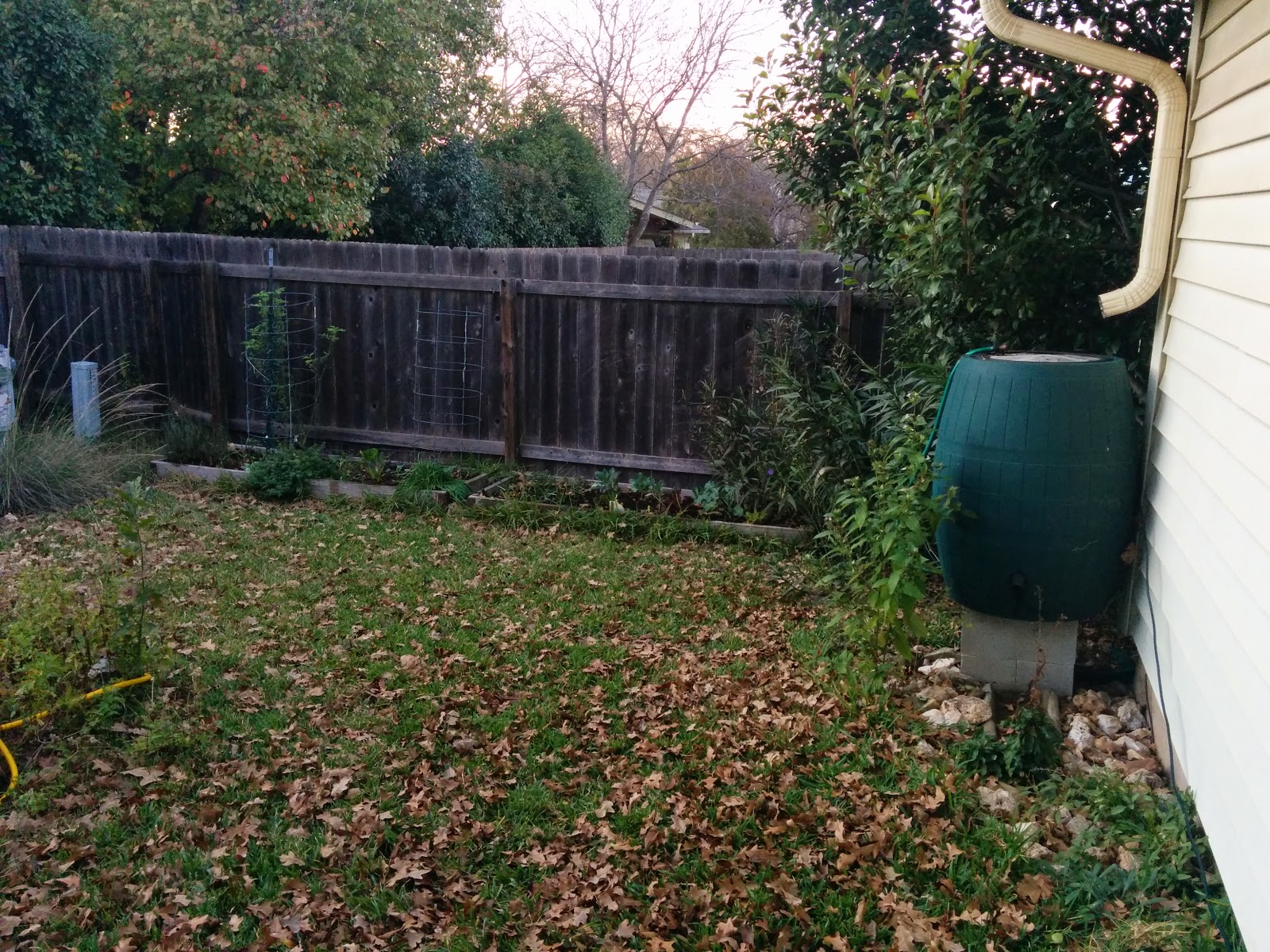 The queen butterflies finally emerged on November 25, and I released them the next day - a male and a female.  These are the last of my foster caterpillars for the year.

The butterflies sunned themselves for a few hours before taking off.

As I headed back inside, I checked the milkweed plant.

Uh oh...looks like we have a few more left for the season. 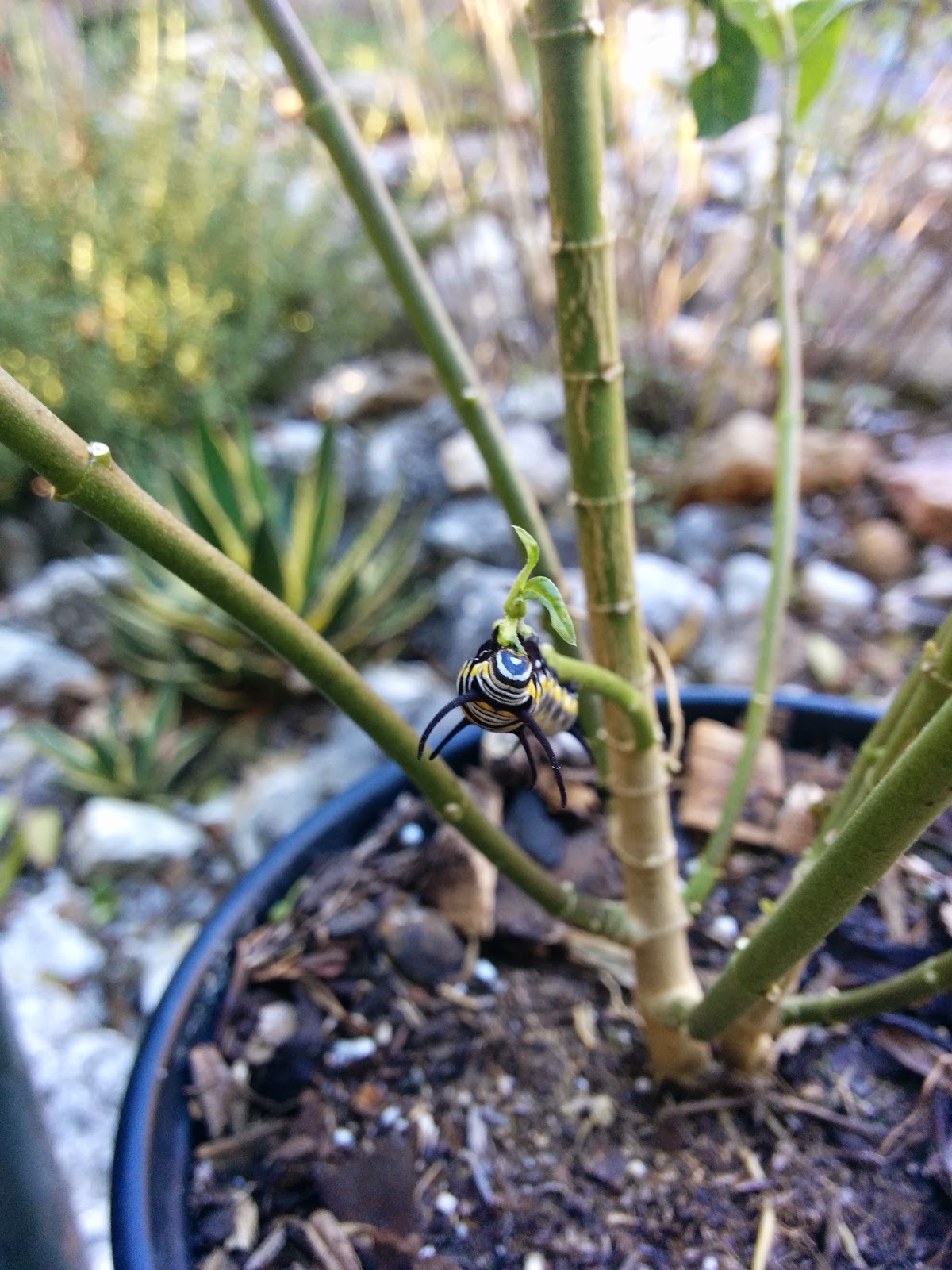 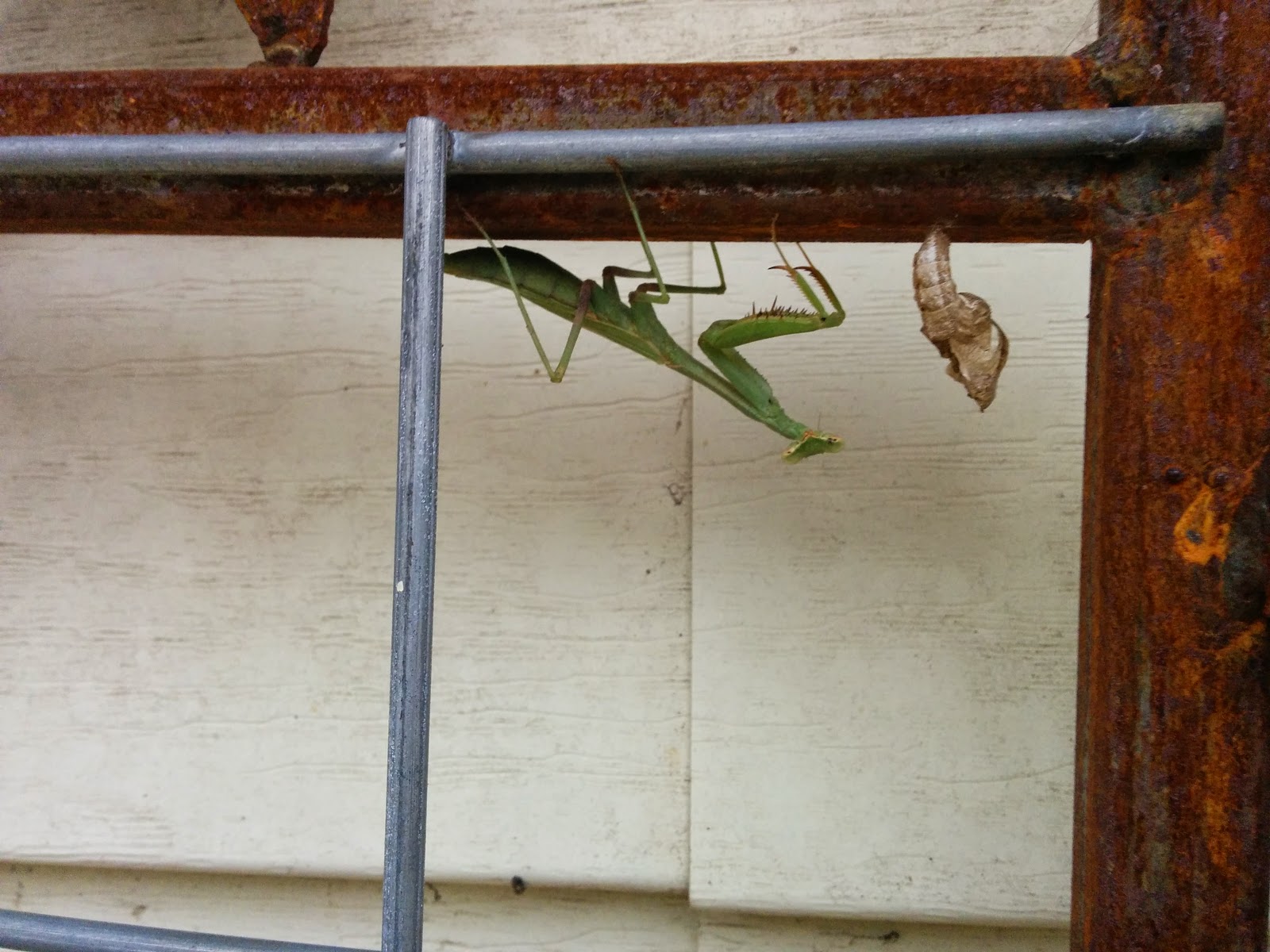 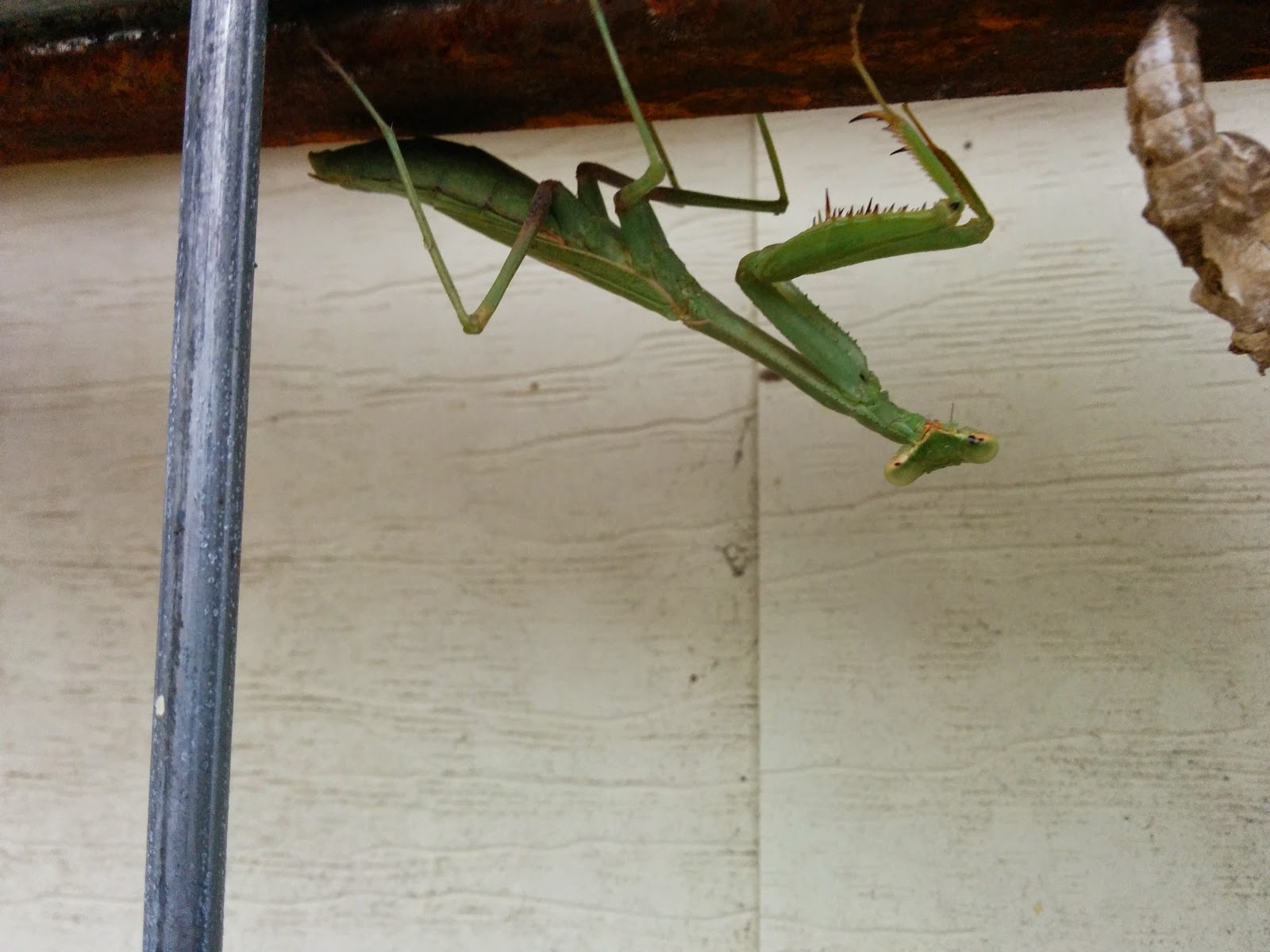 You know, I don't know if that was a shell or if there was a butterfly to emerge from that chrysalis (it's gulf fritillary, by the way).
Posted by katina at 5:45 PM 1 comment: