"Cauliflower is nothing but cabbage with a college education."

I didnt harvest the Graffiti Cauliflower because the head is about the size of a silver dollar...of course, we've now had 48 hours of being at or below freezing.  And cauliflower is notoriously persnickety about extremes.  And I'm sure the special varieties are more likely to be persnickety. I also don't really know if Cauliflowers are "one and done" plants...Broccoli will grow side shoots you can eat after harvesting the main head, and cabbage can regrow from the stump (but I doubt we have cool enough weather for long enough for that to happen down here), but I don't know a lick about Cauliflower.
Posted by katina at 9:42 PM 5 comments:

Jiffy has found a new friend.

Blackjack high tails it over the fence whenever I go outside to put food out, but he's caught on to when the food is going to go out, so he sits on the fence about 20' away from our property until I've gone back inside then comes over to get food.  I'm happy that he's getting used to the schedule because it means it will be easier to trap him to get him fixed. (Jiffy is already fixed per the notch in his ear)  Also, I can't say no to Blackjack - he's the spitting image of Quazi who disappeared a year ago.  I'm taking it as some type of sign and have essentially adopted him as a secondary feral.

Jiffy is what I'd call "semi feral" - he doesn't let me near him, but he also won't run that far away from me.  I think it's funny that he gets so caught up in making sure he's RIGHT THERE when I put the food out that he's prone to running into the legs on the table.  Shawn thinks it's funny that the cat insists on keeping a 6' distance from me - as if feeding him twice a day for a year is just my means to lure him into a false sense of security so that we can catch him and eat him.  I also think I could probably get him to be less feral by feeding him wet food via spoon (it's the easiest way to domesticate kittens), but I don't have the time for it - especially when I know he's always going to be somewhat feral and would never appreciate being petted.

Ivy has been putting up quite nicely with the boys.  She will stalk them and follow them until they're out of the yard, but both of them are so scared of her that they haven't even tried to stand their ground. I think it helps that they know she's not going to follow them over the fence.

The only reason why I started feeding feral cats was because we would inevitably end up with food that our owned cats would refuse to eat and I'd rather feed the wildlife instead of throwing it away.  I just figured the wildlife I would end up feeding would have been opossums and raccoons.

Sadly, I haven't ever had to buy food specifically for the ferals because Quazi would occasionally decide that whatever wet food we had for him wasn't the right flavor. After he disappeared, we had the stash of Quazi food which took about a month to get through and then Ivy decided she didn't like the prescription dry food she was supposed to eat shortly after I opened the bag. Of course I then bought a few different small bags of food in a quest to find something she did like and we're STILL working through them.  I just finished the prescription food earlier in the week, and we're almost done with the Blue Buffalo food; then we'll move on to the Royal Canin food (another food she used to eat and has recently decided is unacceptable - again just after opening the bag).  All this while the only food Ivy will eat right now is Meow Mix.

Labels: cute and fuzzy, My Photos, what have I gotten myself into? 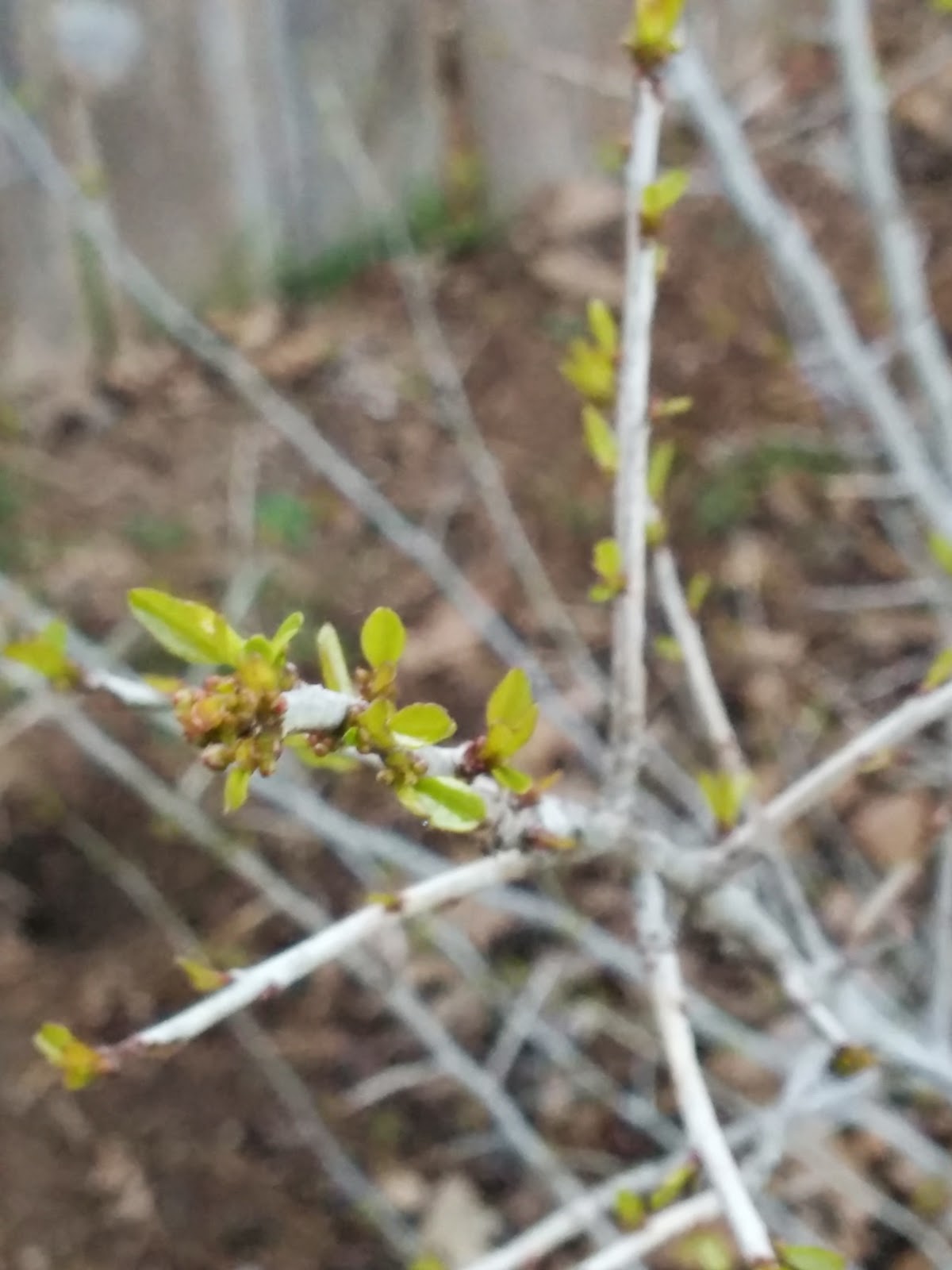 Springtime cometh.  Also, not bad for a cell phone photo...
Posted by katina at 8:53 PM 1 comment:

Around the yard in early February